How to sell even when you're not in the budget 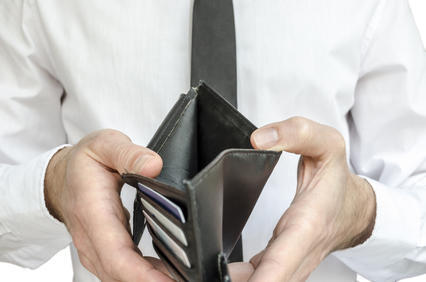 How often have you asked a prospect about their budget, and they tell you they don’t really have money for your service or product? Do you give up then? Plenty of salespeople do. But there’s no reason to throw in the towel!

A client of mine recently shared that he was meeting with a prospect of his. As he brought up budget with them, they shrugged and said, “Well, we don’t really have a very big budget.”

To my client’s credit, he decided to table the issue and focus on their pain first. After he spent several minutes discussing the problems they were having currently, they circled back around to budget.

My client said, “‘The definition of “not a lot of money’ varies quite a bit. Help me understand what yours is.”

In my client’s world, that was plenty for what they needed to do! Since he focused on talking about their pain first, his prospect gradually opened up more and more to him, lowering the natural defenses people have against salespeople. When they finally got back around to budget, they were very honest with him.

Of course, sometimes prospects try to shut us out even more quickly. One of my counterparts in Sandler Training uses walk-in cold calls as a prospecting activity. He’ll get a little into pain, and then get to budget.

Almost every time, they tell him, “We’ve got nothing.”

He responds with something like, “Come on. Your lights are still on. Don’t tell me there’s no money.”

Now obviously you have to be very careful with a response like that. I probably couldn’t pull that off, but maybe some of you can. There’s a lot of tonality and body language that makes it less harsh, but it’s definitely what we here at Sandler call a pattern interrupt. The prospect was expecting him to give up!

Instead, it’s probably going to lead to further conversation. Either that, or they’ll tell him to get out. But even then, he’s no worse off than he was before.

Regardless of what specific technique you try, remember that it won’t be comfortable at first. But if it was in your comfort zone, you’d already be doing it!

Instead, come up with your own response that fits you and your organization. Then the next time someone says, “We’ve got no money,” have the guts to actually say what you prepared. Either the conversation will still end, or you’ll extend it a bit.

Just don’t give up when you hear they don’t have money!