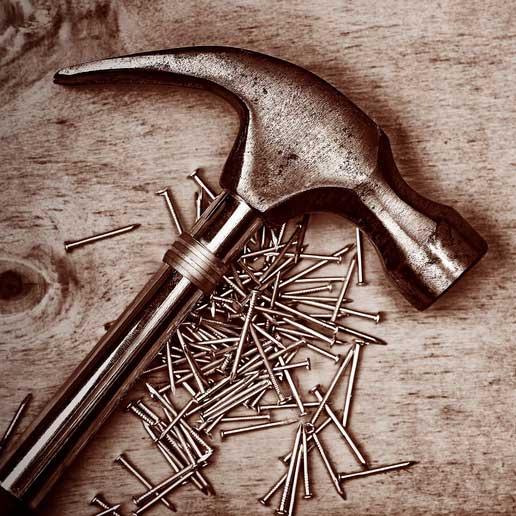 Imagine a sales person that sells only one product. On a sales call, they discover that what they sell doesn't help the prospect in any way. They now have a choice: To honestly say, "I'm sorry, what we sell would not be a good fit for you." Or they can attempt to force a fit.

Which do you think happens most often?

You likely had an answer that came to mind based on what you believe you and your sales team do. Unfortunately, unless you said "force the fit," you are likely wrong. This is called the Hammer / Nail Issue.

In other words, it's a mindset where if all you sell are hammers, you think every problem is a nail.

Most salespeople make this mistake every single day. They seldom, if ever, realize it - because in all honesty the only person's whose thoughts and feelings about it that matter are the prospect.

And when asked, nearly 100% of potential buyers share that this happens on a regular basis to them.

The biggest reason most people have no idea it happens is that most people sell more things that just hammers. So it is not quite as cut and dry.

The scariest part of the Hammer / Nail Issue is that it is often a company culture issue. A large percentage of the time the senior leaders create an environment where the sales team is expected to operate this way.

Recently I saw this at a restaurant. I watched a waitress push a certain brand of beer to every table around us. People became uncomfortable at table after table.

When she did it at our table, I asked if there was a promotion where she makes money on that brand.

Turns out, the manager over ordered that brand and needed to get rid of it before the owner found out. He was forcing them to push a brand no one wanted.

There are two great ways to tell if this may be happening to you or your organization.

The Hammer / Nail issue costs thousands of sales every single day. What is it costing you?

How often do you or your team attempt to force the fit to make a sale? If you don't know for sure, you need to find out.