Sales is the life-blood of every organization 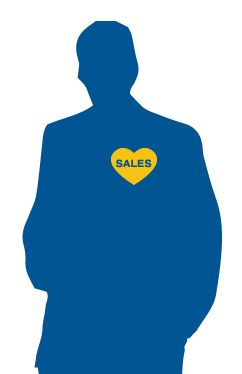 Having worked for some large, large organizations, I’ve had the following conversation several times.

Co-worker who isn’t in sales: “I want to be in sales.”

Them: “They’ve got the best life. They don’t work very hard!”

Really? When that co-worker of mine punches their clock out at five o’clock, they’re done. Someone who is in sales isn’t done, if they’re doing it right. Unless they’ve done it for a really long time and put in their dues.

It’s a whole different world in sales. But from the perspective of outsiders, it can sometimes look like we don’t work very hard.

Then they try it. Prospecting tends to be one of the big areas they don’t foresee.

“What do you mean, I have to pick up the phone and talk to strangers?”

“What do you mean, I have to do walk-in calls?”

Many organizations send their salespeople to workshops. Or maybe they go to what they consider the extreme by sending them to an eight week class. And those one time solutions just don’t work.

They don’t invest enough time on an ongoing basis in sales. If you want your business to succeed, remember that sales is the life-blood of every organization. Every organization out there is driven by sales. Invest your time and money appropriately.