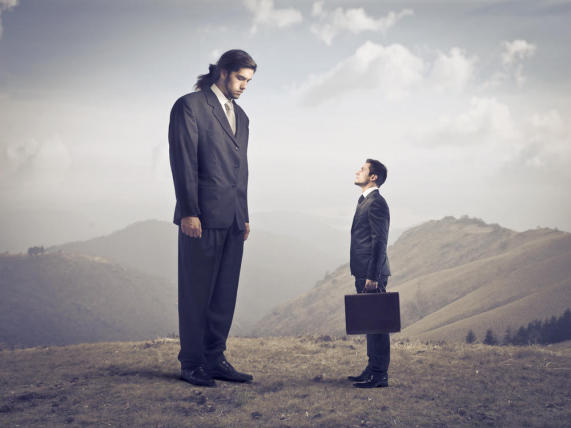 A while back, I met such a person and had the opportunity to have a short conversation with him. When he started with Sandler around ten years prior, he was basically a one-man shop. Now, his business brings in about $10 million annually, and he's even able to put a couple million of that in his own pocket each year.

I have a question I love to ask people who have been exposed to Sandler for a long time. I asked him: "If you had to take one thing you've learned from Sandler that's helped you the most, what is it?"

His answer can really be applied to any training at all, and it's about a problem that's not uncommon when people attend training.

He shared, "I used to sit in Sandler and think about everybody else's world. Their sales, their transactions, or whatever that might be. I kept comparing myself as better or worse."

Then he shared the key lesson. "When I figured how to shift my mind to make Sandler my own, how to improve myself, it changed what I got out of Sandler instantaneously."

He's absolutely right! One of the things I share at the beginning of almost every talk I give is that people may feel uncomfortable when they hear things that look and sound different than their world. Maybe it's the dollar amount of a sale that's way more than their typical sale. Maybe it's something about an organization that's much bigger than theirs, or much smaller.