Can you compete with free?

May 24, 2016 by Mike Crandall in Prospecting & Qualifying 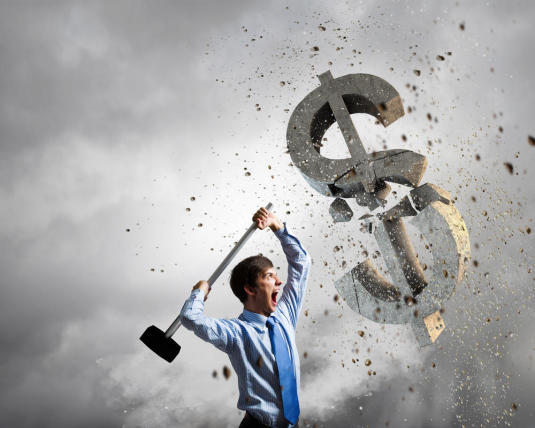 You’ve probably been asked before to discount your services. If you agree to the discount, you may gain that prospect as a client. If you say no, it may cost you in the short run-but could lead to better opportunities in the future.

A client of mine recently had to tackle this kind of dilemma. A prospect called my client and said, “Hey, we’ve got another option that’s free. Can you compete with that?”

Well, my client is naturally in business to make money, so he replied, “Nope. That may be a better fit for you if you can’t afford our services right now.”

They ended up going with the free option.

Fast forward three or four years, and my client received an phone call from them asking for some help again.

Of course, being a good steward of Sandler, my client began asking questions to find out why this was an issue for them now, what pains they were dealing with, and what had happened in the past few years.

It turned out the service they had thought was free was not, in fact, free. The staff member that had helped them switch to that service was no longer there. They’d actually switched to a completely different service since then, and that provider was also not performing up-to-par.

So because they’d had such a good impression of my client and the professional way his company conducted business, they came back to him for additional work.

Sometimes sticking to your guns can mean you don’t get a sale right now, but it can still turn into a sale in the future. By not discounting his price in the past, and still conducting himself professionally, it ended up being a lead in the future.

And even if that hadn’t been the case, sticking to his guns on his prices meant avoiding a bad client relationship in the interim.

Of course, there had actually been several bad experiences for his client over the years. Turned out, free wasn’t necessarily free! If it sounds too good to be true, it probably is. As the saying goes, you can have price, quality, or service, but you can’t have all three.

So don’t try to compete by discounting your services.