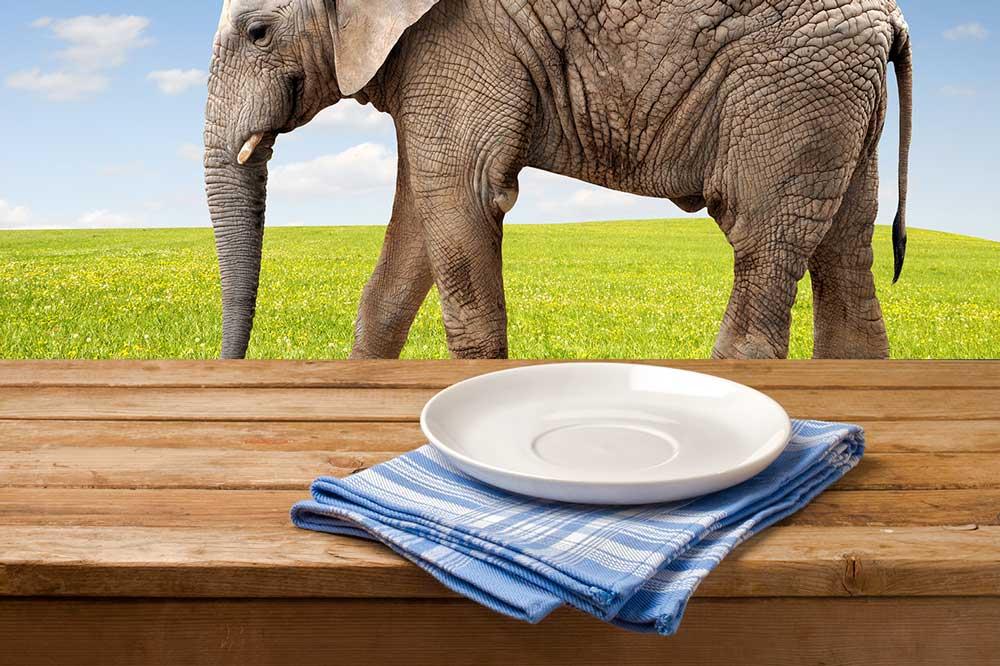 Regardless of what your goals are, you have to break it down into digestible bites. You have probably heard the elephant analogy: How do you eat an elephant? One bite at a time.

It doesn't matter what it is, you have to figure out how to take your goals into digestible chunks. Several months back, I had a client in home sales that was looking to finish the year strong.

It was October, and he was actually going to adjust his goal UP for the year. That takes guts!

As he was talking with his business partners about raising his goal to 3 million dollars before the end of the year, they talked about breaking it down.

First, they asked, "What can we be doing every day to bring us closer to this new goal?"

But then as my client sat there thinking, he realized that if he's idle during the day, it's not helping him reach that new goal. If he was on his phone, maybe on Facebook or something else that's wasting time, it wasn't helping.

So instead they asked, "What can we be doing every hour to get us closer to our goal?"

You probably know there are people you should be talking to and following up with. Are there points during your day that you could be more effective?

While you may be moving toward your goal every day, are you doing it every hour? Have you broken it down to bites that small?

Breaking it down to that level can be a painful exercise. Often you realize you're not being as smart with your time as you should be or could be.

But it pays off! In the three days following that meeting with his partners, my client over a half million dollars in business towards that three million dollar goal!

Take a look at your time, and see if you could be more efficient in your time, always working towards your goals.