Losing sales because you're busy

May 12, 2015 by Mike Crandall in Professional Development 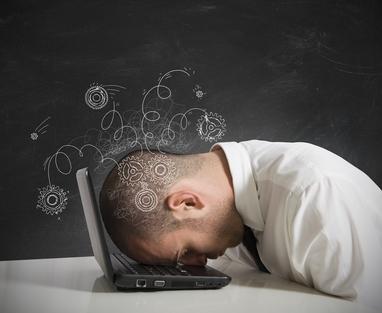 Perhaps you've experienced this. You're booked up so far in advance, that you end up losing sales opportunities. Some of those can't be avoided, but in some cases they can.

Recently, I had a client come to me with a problem. He'd met with a prospect, and they'd asked him to touch base again at the end of September. The end of September came, and the prospect was ready to move forward. They told my client to bring them the paperwork. Oh, and one more thing: They wanted the project done in October.

The only problem? My client was booked about six weeks out, so he couldn't even get to the project until mid-November.

In Sandler, the last compartment of the submarine (an analogy for the sales process) is Post-Sell. In the Post-Sell step, you want to do everything in your power to uncover what your prospect's expectations are, and where there might be a disconnect.

If someone wants to wait until later in the year to do a project, you need to uncover why! That could look like this:

"I completely understand that you'd like me to wait until the end of September to touch base with you. Do you mind if I ask why?"

"Well, we want to get the project taken care of in October."

"Our fiscal year starts in October, and we have a deadline in mid-November for this project."

"Ah, okay. Here's the only issue, then: If I wait to contact you until the end of September, we wouldn't even be able to start the project until mid-November."

At that point, they may be willing to start earlier to make their deadline, or they may not. Whatever the case, you've uncovered more about the situation, and their expectations.

Of course, all of this is dependent on doing the previous compartments of the Sandler submarine the right way. You need to have good bonding and rapport, uncovered their pain, and be on the same page as far as their budget, and their decision making process. And all the other compartments have to be in good shape as well.

But most of the time, if you lose a sale like that, it's because you've missed something. It happens in my world all the time! When I have a prospect that doesn’t do what they said they were going to do, I can always find something I should have done differently, or something I missed.

The key to not missing those opportunities is to uncover your prospect's expectations, and understand why they have those expectations.