May 19, 2015 by Mike Crandall in Prospecting & Qualifying 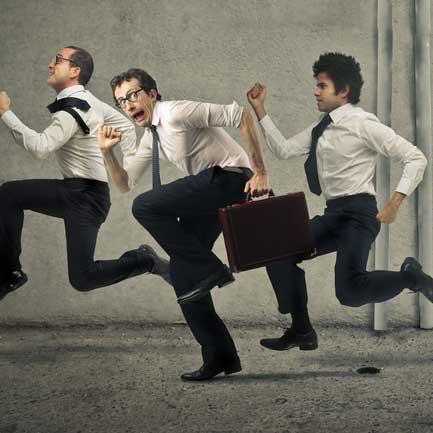 It's not that the prospects are bad people, it's just that they would make bad clients for you.

Looking for reasons not to do business with someone can feel awkward when you first start doing it! And sometimes, it can still be uncomfortable even if you've been doing it for a while.

A client of mine was at the office of one of his referral partners, and ran across a once-in a lifetime situation. One of their mutual customers happened to be on the phone. Instead of referring them to call me later, he said, "He's standing right here, why don't you just talk to him now?"

This was a first conversation with a prospect, and several people were around my client, listening to the conversation that followed.

In fact, my client was scared to death to ask some of the disqualifying questions he normally asks.

My client was doing the behaviors, but hadn't really wrapped his mind around the concept of disqualifying prospects.

Going into things with a mindset of disqualifying prospects is all about not wasting their time. If you talk with them on the phone, then meet with them once or twice, then maybe even start doing business before you uncover a potential issue, you've wasted a lot of their time, resources, and possibly even money.

Fortunately, my client trusts my advice, even if he doesn't fully understand it. So he's continued to work towards disqualifying new prospects, and has a much better understanding of the whole concept.

He realizes now that he not only saves them time, resources, and money, but he saves himself those same things as well.