Power of the pain funnel 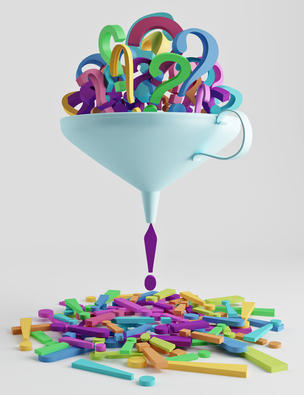 In sales interactions, if you ask enough questions, and you ask the right questions, you'll end up uncovering pain that your prospect has. At Sandler, we call that putting someone through the pain funnel.

It's extremely powerful! And if we do the pain funnel right, often neither party knows what's going to come out of it.

A client of mine was recently meeting with someone renting some office space. In the initial conversations, they didn't seem to have a huge pain. But in the meeting, my client asked some very specific questions, really digging into the situation, and discovered they would lose about $400,000 if they didn't find a solution.

Not only did my client not know that going into the meeting, but his prospect didn't even know it!

The pain funnel is incredibly powerful for any sales situation, but you have to be willing to actually ask questions, and not just accept the first thing your prospect says.

For my client, the conversation changed from, "Oh, this isn't a big deal" in his prospect's mind to, "That's nearly half a million dollars!"

Of course, you may know about the pain going into the meeting, even if your prospect doesn't. In that case, the pain funnel is just as vital.

If my client had gone in and said, "Do you realize this is costing you $400,000?!?!" it probably wouldn't have gone really well. But he took the time to really dig in and ask questions, and let them tell him that number.

Their self discovery instantly changed the conversation!

The saying, "Telling isn't selling," really is true. And that's the power of using the pain funnel to uncover pain.