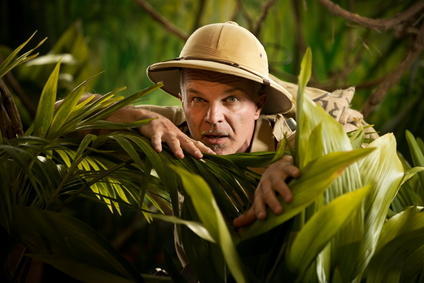 Have you ever had a sales meeting, only to lose the deal later to a competitor? It's fairly common. But what's even worse is when you thought it was a sure deal, and didn't even know your competitor existed.

So how do you find out?

On the buying side, one of my clients recently ran into this. He was looking to purchase a specific pre-owned vehicle, and he found one online. He contacted the seller, and the seller said that if he wanted it for the asking price, it was his. He could come take a test drive, and the seller wouldn't accept other offers. So my client scheduled a day and time to come do a test drive.

Because he didn't ask if anyone else might want it, he ended up getting his hopes up, and lost the car.

Of course, it's potentially even more dangerous when we get excited about the possibility of a sale.

In Sandler, we refer to getting over-excited and over-confident about the possibility of a sale as happy ears. We hear what we want to, or at least interpret it how we want too.

We seldom feel comfortable asking, "Is there anyone else you're talking to about this?"

Amazingly, when we can ask that question confidently, people will usually share the issues. And that's when we want to deal with it.

Sandler Rule #23 is "The way to get rid of a bomb is to defuse it before it blows up."

If our competition is involved, we want to know about it ahead of time. It doesn't matter whether it's another company, a relative, a board member, or a friend of a friend.

And once we find out, we need to ask why: "I'm curious, then. Why are we talking, when you could just use them?"

And then the key is to listen to the response, and find out if you're actually a better fit than the other party, or not.