Ending up with the wrong date 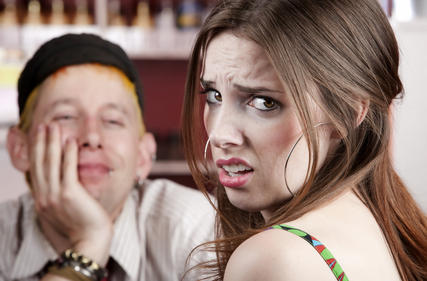 Too often, I talk with people that are working with clients they shouldn't have. It could be that their client doesn't pay on time, can't invest the time needed to solve the problem, or just plain isn't a good fit.

If you're honest, it's happened to you at some point in the past!

There are two reasons people take on business they shouldn't have.

First, they don't disqualify properly. They didn't pay close enough attention to see red flags that the other person was a bad fit.

Second, they don't have enough business, and took it on out of desperation!

Unfortunately, I see that second one happen all the time! It's not that they didn't see the red flags, it's that they didn't have any other prospects lined up. Like a bad date, they ended up going with the only person that said yes!

When I run into this, I often ask, "How did you end up with this client?" Some of the things I hear include:

"We didn't have anyone else to talk to."

"They were the only ones that called."

"They were the only ones that responded to our ad."

Of course, I would question whether your advertising is any good if it only attracted people that were a bad fit. But I see that happen all the time!

The second key, then, is to be prospecting, so you have plenty of leads in your sales funnel.