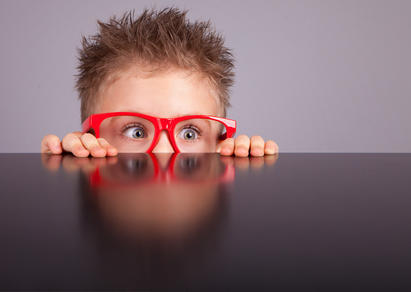 If your role has anything to do with sales, you likely spend a lot of time networking, and maybe even prospecting. It's not unusual to meet someone who may leave you feeling a little intimidated. If you're not careful, that can lead to lost opportunities.

A client of mine runs a podcast that he uses, in part, as a prospecting tool. Part of his strategy for the podcast is to have a healthy mix of well known names as guests. Typically that means well known organizations locally, but it can also mean local celebrities.

When he was at a local chamber event, he heard a fairly well known local celebrity speak. He shared with me that it would have been easy for him to be intimidated, as he'd been watching this individual on television for over fifteen years.

Instead, he went up to the celebrity after the event, introduced himself, took a photo, and had a very short conversation. Afterwards, he ended up connecting with the person on social media and continued to build the relationship.

A couple months after meeting him, he had the celebrity in his office, interviewing him for his podcast!

Did the feeling intimidation go away? Not in this case! My client shared that he was perhaps more nervous during that interview than he'd been at his own wedding!

However, what he did was work through that intimidation, and it paid off.

Of course, for you, it may not be a local celebrity. It may just be that you meet someone that makes more than you. Maybe they have a nicer car than you, or just have a job title that makes you think you're not worthy of talking to them.

Typically, it happens on a subconscious level. And if you're not careful, your subconscious will then lead you to not have the interaction.

If, on the other hand, you recognize what's happening, you can then overcome that feeling of intimidation. And then you'll have opportunities you may have never dreamed of previously.