Have you made a wrong turn at wimp junction? 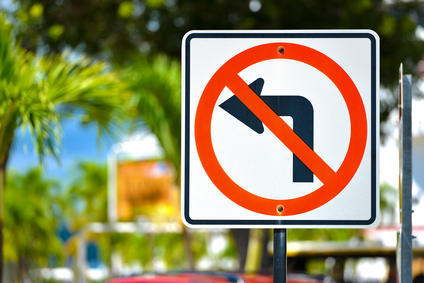 Traditional sales is not the same as the methods we teach at Sandler. And often times, the way we teach is not easy. It's hard work!

Someone that has been exposed to Sandler often comes to a moment where they can implement what they've been taught, or they can retreat into the traditional methods that they're more comfortable with.

We call that wimp junction.

As an example, the first step in the traditional selling system is to generate interest, where the Sandler system starts with making it all about the other person, and focusing on them.

Generating interest is not hard to do! The challenge is that when you first start an interaction with them, you have just a small amount of time to either follow the traditional system, or jump over to the Sandler system.

If you're talking with a prospect, and something distracts you for just a moment, you may have already missed a crucial detail about their pain and blown it!

Think about how quickly that happens. That's why we call it wimp junction. You have a choice. You can make an adjustment to your behavior, and make it all about them. Or you can wimp out and do what almost every other salesperson on the planet does.

Of course, even though it's easier, it hurts you in the long run. When you concentrate on generating interest, you end up wasting your time and theirs.

Before I was exposed to Sandler, I was all about generating interest. In fact, I used to jump on airplanes at a moments notice because someone said they were "interested." Can you imagine how much time and money I wasted?

Obviously, I don’t do that any more.

The key is to recognize that moment in time where you can either open or close the door to a really great interaction, even when it's hard and uncomfortable. Because not only could it help you avoid wasting time and money, but it can also lead to a great sale and great referrals in the future.