The power of slowing down and being intentional 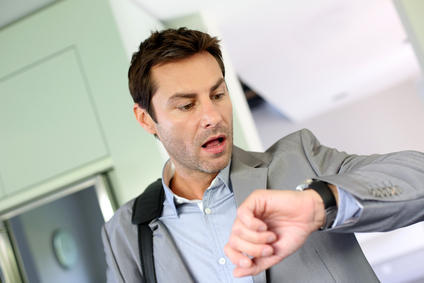 There is huge power in taking the time to slow down and be intentional about your actions. All too often, we rush around so much that we don't actually get anything done. But when we take that time and are purposeful with our actions, there can be huge impact.

One of my clients recently changed that very thing in her organization. She began to implement what sounds like a fairly simple step, and was able to uncover something that made a huge difference.

Despite having sold for over twenty years, she found it difficult to concentrate when a prospect called in for the first time. This meant that she had difficulty really digging in and uncovering any pain during that first call.

Her solution? Simply turn away from her desk and look out the window during the phone conversation.

Believe it or not, that has made a huge difference! Her focus on the other party has gone way up. She is now able to slow down, pay attention to them, and really dig in to see if they have a pain she and her team can solve.

Not only that, but in just two weeks of turning to face the window, she and her team discovered they were missing an entire step in the sales cycle!

They acted quickly to add that new step in, and were able to more efficiently make use of the team's time. Within a matter of just a few weeks, they increased their signing rate and began exceeding the goals the owner had set for them.

Imagine if you were to stop rushing around, what a difference it would make. What might happen to you and your organization if you began to slow down and be more intentional?