Someone Is Waiting For Your Call 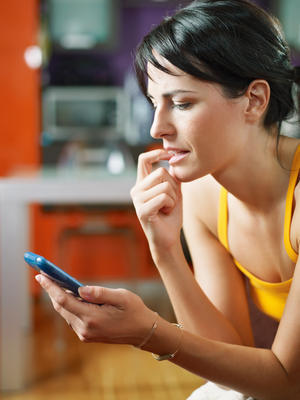 If you get nervous about cold calling on prospects, you're not alone. It doesn't matter whether it's in person or over the phone, plenty of people don't like cold calling, and it makes them nervous. In Sandler, we have a rule about prospecting in general:

Sandler Rule #7: You Don't Have to Like Prospecting, You Just Have to Do It.

Recently, a client of mine was doing a final in-person cold call for the day, looking for potential referral sources. She was sitting in her car, nervous about going in. She finally gathered up enough courage to get out and walk into the office.

To her surprise, the prospect invited her back into his office! Although he hadn't known she was coming, once they started talking, she found out he actually had a specific person he wanted to refer.

Later, before my client even got back to her office, the referral had called her office and made an appointment.

So what's the takeaway there? Despite all her nervousness, she followed her system. For her, that system was simply that when she's going cold calling in person, she walks in and talks to the people, regardless of her preconceptions and nervousness.

Did you know that someone out there is waiting for you to call?

Maybe you've heard something like this before: "Oh, it's so great that you stopped in today!" Or maybe: "I'm so glad that you called."

I promise you, in your world, there is somebody that is waiting for your phone call. They have a problem that you can help with. They may know it, or they might not even know it yet.

What are you doing to find that person?