Make A Plane Ride Pay Off 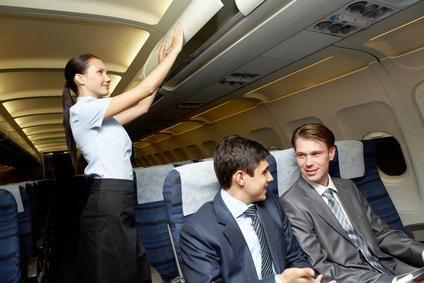 In Sandler, we call that the three foot rule, meaning if you're three feet or closer to someone, you need to have that conversation with them.

And you never know when it will pay off!

Recently, I received an email. It was from someone that was referred to be by another individual. The email included a line that went something like this:

"So-and-so said we should visit."

I racked my brain, asking myself, "Who in the world is so-and-so?"

One of the things I pride myself on is documenting the people I meet, as long as I have an actual conversation with them.

Since the name didn't ring any bells, I searched my database, and finally found the individual. Turned out I had met them on an airplane about two years before that.

We only talked for about ten minutes on the plane, then a couple days later we had a five minute phone conversation.

That was it. Just fifteen minutes of conversation!

Apparently, I made enough of an impression in that fifteen minutes, that two years later when someone mentioned a problem to him, he immediately thought of me.

So when you're sitting next to someone getting a haircut, at a doctor's office, or even on a plan, remember to practice the three foot rule. Don't just sit there and check your email, listen to music, or stare out the window.

That person next to you may or may not need your services right now. But there's a chance they will need what you do at some point in the future, or know someone else that does.