How To Avoid Phone Tag 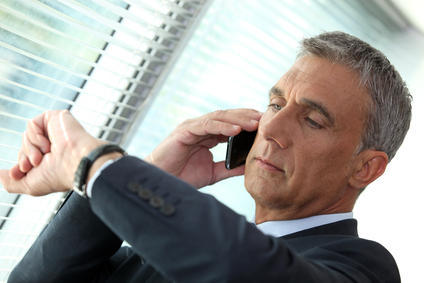 Have you ever wasted your time with a game of phone tag? Not only does it waste your time, but the other individual's time as well. Having a clear next step at the end of every communication interaction is huge! And it's all too common for it to not be there. But if you don't have it, you can lose out on a lot of opportunities.

I run into it all the time in my world. One of the primary ways I grow my business is through referrals. When someone calls me for a referral, we have a conversation, and frequently we both agree that we need to do something to follow up. It may be that we need to exchange more information, schedule a meeting, or something else entirely.

I've formed the habit of saying, "So that we don't get stuck in a game of phone tag, would it be okay if we scheduled a specific time to follow up?"

Keep in mind that most of the time, I'm talking to an executive. They're usually either a vice president or the CEO of their organization.

After I ask that question, they pause for a moment. Finally, they say, "Why don't my people do that?"

Of course, having a clear next step is by no means a new or crazy concept. But if you're like most people, you still have trouble doing it.

To make sure you do it consistently, you have to be focused and diligent. You have to follow a system. You have to do it over and over again until it's a skill and a habit.

And when you do, you'll stand out. In a good way, of course, because people are used to wasting tons of time on phone tag.

Think back through your career. Has there ever been a time you've been stuck in a game of phone tag with someone for more than a week? Did you lose out on an opportunity any of those times?

Frequently, opportunities have a time frame in place. There's some sort of deadline you may not have known about when the game of phone tag started.

If you don't take full responsibility for making sure a clear next step is established, you'll lose out on those opportunities.