How One Company Achieved a 100% Close Rate 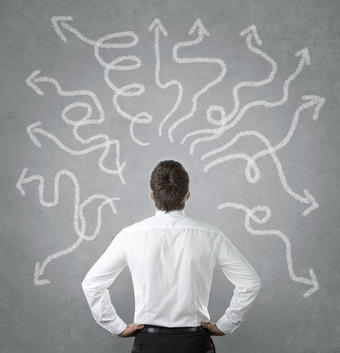 There is phenomenal power in taking time and energy to really analyze your sales process, and determine where you're losing business. And frequently, it boils down to one key difference in what you believe. For one company, that meant a minor change resulted in a 100% close rate.

Recently a client shared a change they'd made in their business. They wanted clients to have flexibility in their payment terms, but had ended up making it too flexible. It was frustrating because my client didn't know ahead of time what the terms would be. And their clients ended up having so many options, they frequently became confused!

Instead, my client decided to give just a few, specific, structured options. They still had more than one option, but there wasn't infinite flexibility. It wasn't a major change, and they were able to implement it fairly quickly.

They had changed a single point in their sales process. But it was a point where they had the potential to give an unprofessional impression, resulting in confusion and lost sales.

Of course, in everyone's business, the sales process is slightly different. But if you can figure out where in there your hindrances and roadblocks are, a lot of times they're not tremendously huge. But you haven't taken the time and energy to figure them out.

Frequently, the key lies in the fact that nobody wants to do business with someone they don't respect. While that doesn't necessarily come into play with lower end items like a cup of coffee, it definitely does with higher ticket services and products.

If you're going to hire a law firm to represent you, you really have to believe they're the firm or attorney to help you. If you are switching collections companies, you have to believe the new company can get you more money than you've been getting in the past, or you won't switch.

One of the best pieces of advice I was given when I started in Sandler was, "You've got to believe you're the guy." So when you're representing your organization, if you don't come across like you believe it, they're not going to believe it either!

Naturally, that may or may not be where your sales process is suffering. You need to invest time and energy, and figure out where that disconnect is for you. Sometimes it can be in the first couple seconds, sometimes it's five minutes in. But determining where you tend to lose the sales is the first step in increasing your closing rate like my client did.