Getting The Most Out of Interactions With Others 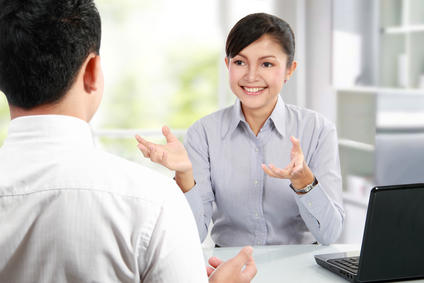 When you think about different activities you do where you interact with others, are you thinking of how to maximize those interactions? What's the key to getting the most out of any interaction with any person?

A client of mine recently ran into a prospect. It became quickly apparent to both of them that the prospect wasn't actually in my client's target market.

What would most people have done in that situation? They probably would have moved on to another prospect.

Instead, my client said, "Hey, what do you do? My organization may need your help someday, or I may be able to refer someone to you."

After she said, then she actually listened to him and took him seriously. She engaged him and made the interaction about him, rather than about herself.

As a result, he's now referred multiple people to her that she never would have found otherwise. And they actually did fit my client's target market.

One of the most quoted comments from Zig Zigler is, "You will get all you want in life if you help enough other people get what they want."

If you're going to have a conversation with someone, don't just concentrate on what you need from them. Figure out if they have something you can help them with, how you can do that, and how to make that interaction comfortable for them.

The challenge is that most of us are too inwardly focused. We're too focused on ourselves rather than others.

When we make a prospecting call, it may go something like this:

Then we move on to the next phone number.

That's what we do! We're not focused on others. But when you can change that focus, amazing things happen. You get other people around you that want us to be successful. But it requires you changing both your attitude and your behavior.