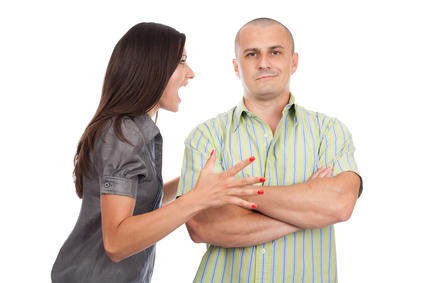 Who really likes to be told what they’re doing wrong? If you’re like most people, you don’t like to be “told”. So how do you think your prospects feel when you “tell” them something?

Instead, we should help people discover things for themselves. We shouldn’t “tell” them anything!

Whenever somebody “tells” us something, there is a defense mechanism. It’s subconscious! We don’t even have time to stop and think about it.

Generally, one of three things happens:

Blending it is the least common. And it doesn’t happen quickly. We think it sort of makes sense, and eventually we blend it into our thought processes.

The quickest reaction that happens when others “tell” us something is that we defend it. And the same things happens to our prospects.

I would encourage you to take some time and think about the last time you “told” someone something. Where did it go well? Where did it not go well?

As the salesperson, it’s your job to act as a guide. So what you really need to be doing is asking questions. Lead them down the same path of logic you took, and let them arrive at the same conclusion you arrived at. Instead of “telling” them, let them discover it for themselves.

As children, many of us were told not to touch the stove. Some of us did it anyway. Ouch! But we discovered for ourselves the lesson, and that made it much more personal and hard to forget.

So when you guide a prospect to discover something for themselves, it ends up being much more powerful.