The Problem with Invisible Pain 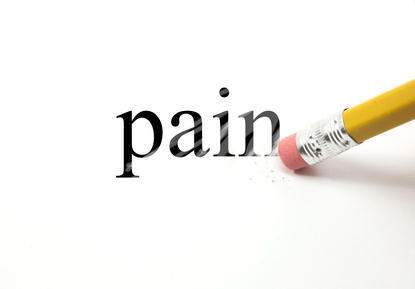 Sometimes we can see pains our prospects have that they can’t see themselves. We know the problem is there, and know we can fix it, but they just don’t see it. For all intents and purposes, the pain isn’t visible to them. So how do we get them to acknowledge the pain?

I do some work with a small division of a much larger company. Their division has been improving business by several hundred percent, year over year. Since they’re just a tiny division of a billion dollar plus company, they wanted to find a way to tap into some talent elsewhere in the company. So they invited some leadership from elsewhere in the company to join us for a planning session.

After talking for a couple hours with them about some pains, the other leaders were having trouble seeing the problems. They acknowledged some of the pain, but at the end of our time together, said that things were good, and thanked us for inviting them.

Once they left, the head of the division we work with looked down the hall to make sure they were gone. He then turned to me and said, “I have to apologize.”

Curious, I asked him, “Why do you need to apologize to us?

He responded, “I feel like that was a complete waste of your time. It just dawned on me how pain matters to different people. You would never go to the doctor if you didn’t know you were sick.”

Think about that last sentence for a second. In many countries, people die because they don’t realize a doctor might be able to help them. And the same thing happens in sales all the time!

So how do we get people to know that they’re sick and that we can help them? One way that definitely doesn’t work is trying to convince them. Telling them what’s wrong won’t help them see it. In fact, it just causes them to raise their defenses, and makes further communication much more difficult.

Instead, you have to ask leading questions. You have to have an actual conversation. You need to guide them to discover the pain on their own, rather than telling them about it. Guide them to tell you, “Yes, we are really struggling with that.”