What a Needle Teaches Us About Sales 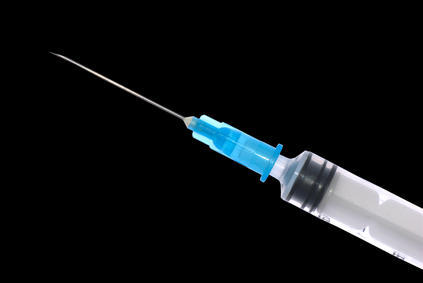 Robert was at the doctor’s office to get a shot. The only problem was, Robert was not entirely comfortable with needles.

Robert was called back into the exam room. As they were getting everything ready, he thought he was pretty calm and relaxed. But he know that any moment, that needle was going to come out.

The doctor was explaining to Robert what was going to happen. As she did so, she brought out the needle. As he saw it, he told himself to act perfectly normal, and to look relaxed.

The doctor stopped and looked at him. “I can tell you’re really uncomfortable,” she said.

“How did you know?” Robert asked.

She responded, “You were okay. Then when the needle came out, I could see your entire body change and tense up.”

She proceeded to give him some numbing cream that she usually didn’t bother using, stuck him, and then it was all over.

What can this interaction teach us about sales?

Even though Robert thought he was in control, the doctor was really tuned in to that 55%. Because of that, she saw Robert tense up, and knew he was uncomfortable.

That happens all the time in sales interactions. As the salesperson, you may tell yourself, “I’ve got this,” or, “I’m under control.” If you have to tell yourself that, you’re probably not.

Making It About The Other Person

In a sales interaction, she might have said, “Robert, I get the sense you may be a little uncomfortable. Can we talk about that?”

We can wipe out tremendous amounts of stress and pressure if we pay attention and make it all about them.