Being GUTSY For Sales Success! 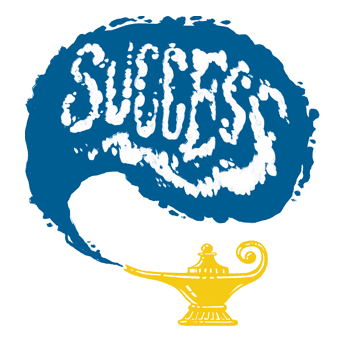 If only I would have asked … (fill in the blank)...? This is one of the most costly questions professionals have. It is also an extremely common thought that sales professionals, managers, leaders, and business owners share.

How often have you left a meeting and thought to yourself I wish I would have asked………... or wish I would have said………....? If you are like most people these thoughts cross your mind on a regular basis. We find that many people know what they should ask or say – they just do not do it, or they are not comfortable doing it. This is a frequent issue that holds most people back – it keeps them from achieving the goals they have and the growth they seek. The big question is why does this happen?

You might be surprised to know that most people have not thought about it seriously, and that many people keep it to themselves - as they are embarrassed to share it because they think that others do not have the same struggles or frustrations.

Recently I was having a conversation with the CEO of a well-known company – he was sharing great frustration about how his head of sales spent over six months working on an opportunity. Not only was this six months of time, it was also a lot of travel to interface with the prospective client. After the extensive interaction between the head of sales and the prospect; the CEO was brought in for the final meeting where they were going to cross the t’s and dot the i’s. He shared that during this meeting a large amount of info was uncovered that should have been uncovered months before during this process. As he shared the story I could easily see how upset this made him. When he finished I asked if it was okay for me to ask him a question – he said yes. I then asked him – “Did your head of sales miss this info because he did not know what to ask, or because he did not have the GUTS to ask?” During the 90 seconds of pure silence that followed I sensed that I may struck a nerve – he finally responded with “I do not know.” The next day he contacted me to share it was because he did not have the GUTS. This CEO was not only upset at the fact this situation happened; he was also greatly disappointed at the fact that during the last few years they had spent close to $250,000 with companies that advertised “we teach your people how to ask better questions and uncover more info.”

If this were an isolated incident that would be great – however it is not. Unfortunately we see this all the time – there are hundreds of companies that say they can teach you what to ask, what to say, or even how to do it. The challenge is getting them to actually do it. If your people (or you) know what to ask, however you never ask it – the problem is GUTS. Just because someone taught you what to ask – does not mean they helped you learn how to have the GUTS to ask it.

Most people need guidance with GUTS and someone to help them realize what inside them is keeping them from asking to tough questions, or making the difficult statements. Having GUTS is something most people can learn (which is very different than being taught). Having GUTS gets you outside your comfort zone (where all of the things we want are). When people work on what to ask and what to say – without addressing if they have the GUTS to ask or say it - we call that working on the wrong end of the problem.

Now let me ask – do you have the GUTS to always ask the things you should? If yes, that is wonderful and you deserve congratulations. However if you said no – think about how much it is costing you? Is it worth fixing?