What a scared dog can teach us about sales

Bonding with a prospective client and establishing rapport early on are hugely important. If we aren’t careful, we can unintentionally cause someone to disconnect from us. A mistake in the first few seconds, and we can potentially be done for.

Those subconscious things that we connect or disconnect with are so far down deep inside us that we don’t even register them sometimes. In fact, several years back we had a dog that helps demonstrate this.

In our household, one of the things we’ve done for quite some time is serve as a foster home for dogs that have been rescued out of puppy mills. The majority of the time, the dogs that we foster are happy-go-lucky. A lot of them are just ecstatic to be in an environment where they have the opportunity to walk around more than a three foot by three foot cage allowed them to.

We had one particular foster dog, Missy. For whatever reason, she became very, very attached to me. I couldn’t go anywhere without her right on my heels. Literally, from the minute I walked in the door at the end of my work day until the time that I left the next morning, she was as close to me as she could be.

She had been with us a couple weeks, and one weekend, I got ready to take care of my to-do list. One of the things that was on my list was to change the water in our hot tub. The way that we do that at our house is I have to attach a hose to it, run it out to the yard and drain it, so I can put new water in it.

Missy was right on my heels. I got to the storage container where we keep all the chemicals and the hose. I opened up the container, reached in, and picked up the hose.

I turned around, and she took off. She ran across the yard, messing as she went, and hid in the bushes. She was whimpering, obviously scared to death.

At some point previously in Missy’s life, she had probably been abused by someone with a hose.

She didn’t come near me for several days after that. It absolutely broke my heart.

I had no way of knowing that ahead of time. Missy was constantly on my heels, but she had a psychological problems with hoses because of her past experience with them. It was so far deep down in her subconscious that nobody knew.

That’s what happens in bonding and rapport. There are things way deep inside of us that we connect with or we disconnect with.

If you go into a prospect’s office and start asking you a bunch of questions about something they have at your desk, they may soon start asking themselves, “Why are we here? Aren’t we here to talk business?”

Or maybe they’re the other type of person. If you don’t come in and ask them questions, they get pushed away, because they can’t connect with you.

Going in and asking a bunch of questions without getting any information first gives you, statistically speaking, less than a 30% chance of connecting. Some people love small talk, and others hate it.

You may have heard of the Golden Rule: Treat others the way you want them to treat you.

At Sandler, we have the Platinum Rule: Treat others the way they want to be treated.

So the next time you go into a meeting, observe how the other person is acting before you jump in and try to bond with them. That will cause them instantly to connect with you rather than disconnect with you. 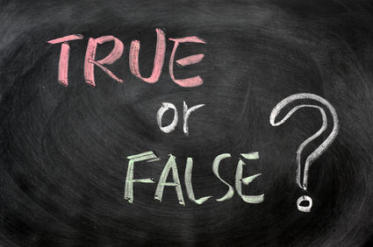 The dangerous lies you tell yourself

How Questions Led to a 1.2 Million Dollar Listing