How to Take Charge of your 4th Quarter 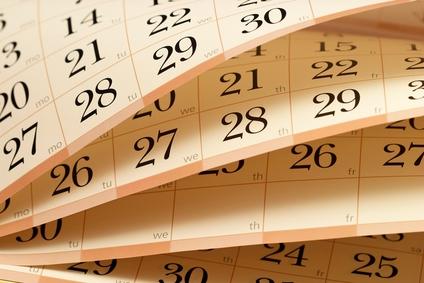 For many, sales are cyclical. Have you historically had lower sales in the last three months of the year? It amazes me how frequently I talk to people about their views on sales during the fourth quarter, and how they’re okay with less sales.

Why do sales people, business owners and leaders feel this way?

A couple years ago, I was visiting with a CEO of a fairly successful business. Our conversation quickly led to sales challenges. He told me that his sales team was excited to be in the home stretch. The fourth quarter was, for them, a time to relax, focus on attending holiday parties, and spend time delivering goodies and thank you gifts to clients.

As we talked, he quickly became aware that I was uncomfortable with what he was saying. When I asked him why the situation was okay with him, he shared that it had been that way ever since they had launched their company. He said that everyone was out of money and planning for the next year during the fourth quarter. He went on to say that many business owners he talked with shared the same experiences.

So why did he feel that way?

The answer has to do with three things: Beliefs, behavior and attitude.

In contrast to his business, many of the companies we work with at Sandler set sales records in the fourth quarter, although they would be quick to admit they didn’t always do so. Many of them also used to lose focus at the end of the year as they went into “holiday mode.”

The fact is that prospects generally aren’t telling the truth at the end of the year. They use “end of year excuses” to get out of what they see as annoying salesperson interactions. And if the salesperson isn’t particularly strong, they’ll accept those excuses at face value.

But it doesn’t have to be that way! Through coaching and being gutsy, you or your sales team can be fourth quarter superstars! After all, with many salespeople accepting those excuses, there’s potentially even more money to be had than normal.

Remember that people can and do buy during the end of the year. If it’s not from you, then it will be from your competition. If you’re truly a professional salesperson, the time of year becomes almost irrelevant in sales.