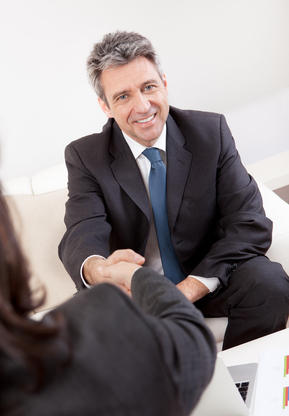 In traditional sales, a prospect asks a salesperson a question. Then the salesperson starts dumping out all of their reasons they should buy from them. The salesperson’s reasons, not the prospect’s reasons.

Why play the guessing game?

Instead, uncover their reasons by trying to talk them out of it. At Sandler, we call that negative reverse selling.

Talking them into it

A prospect may ask you why they should switch away from their current provider to you. That’s a great opportunity for some negative reverse selling. One response can be:

“I don’t know that you should. Is there some reason you would want to switch at all?”

The next thing you know, they’re sharing the reasons they want to switch away from their current provider.

Talking them out of it

“Wait a second!” you might say. “What if I actually talk them out of it?”

Nobody likes to get that phone call: “Can you wait on cashing that check? Something’s come up.”

As a salesperson, it’s your fault if you didn’t bring that “something” up way earlier in the conversation.

Negative reverse selling is all about opening the door for your prospect to share, either good or bad. Your role as a salesperson is to determine as quickly as possible whether you’re a good match for your prospect, NOT to get a “yes” at all costs.

And if they are a good fit, they’ll end up giving you all the reasons. And isn’t that a lot easier on you than just guessing?