How to Get More Referrals 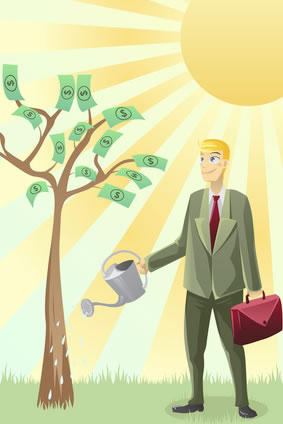 Everyone loves referrals. Hands down, they’re the most efficient way of prospecting. Money does grow on trees. They’re called referral trees.

Referrals have several distinct advantages when compared to other prospecting activities:

So how can you build up more referrals for your business?

There’s one way that’s will get you more referrals. I personally guarantee it. Are you ready for the big secret?

Sounds simple, doesn’t it? But too often we don’t do it!

So when can you ask for more referrals? There are three times early on in the sales cycle that are frequently ignored.

Hopefully if you’re making cold calls, you’re making a strong appeal to some potential pain people might be feeling. If they tell you they’re not having that issue, ask them if anyone they know is experiencing it.

And if they tell you they are having that issue, you should definitely ask them if they know anyone else experiencing that problem!

Ask when closing a sale

Even if you cold called them first, ask again when closing a sale. “I know I asked when we first talked on the phone, and you couldn’t think of anyone you knew who was experiencing X. Have you run across anyone since then?”

Ask when not closing a sale

And those three times during the sales cycle can be with people you don’t even know. If you’re consistently building up your network, you should be asking those contacts for referrals as well.

Throughout the referral-asking process, remember Emerson’s law of compensation. If you want to get more, you have to give more. So try to help everyone out in whatever way you can, even if you won’t be able to do business directly with them.

Then ask for referrals!